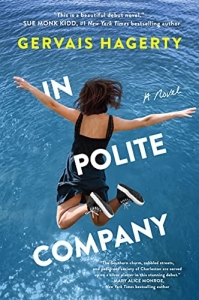 Tourists think they see the real Charleston, but Simons Smythe knows there’s more to her hometown than sweet tea and Southern hospitality. Behind the walled gardens, inside the fabled historic homes, live Charleston’s elite. Simons was born into this powerful aristocracy that has quietly ruled the city for centuries.

Simons’s family has a banner year ahead; Her older sister will give birth to her second child, and her younger sister will make her debut—a series of cocktail parties and balls to introduce her to society. And in one year, Simons plans to marry Trip. She hopes that’s enough time to fall back in love.

Simons produces the news at a local TV station, a job that increasingly tests her loyalty to her family and friends. On her days off, Simons surfs the waves of Folly Beach, crabs the salty rivers of Edisto Island, and follows her wayward heart to King Street bars. The one touchstone in this confusing time is her elegant and secretive grandmother, Laudie, who—repeatedly and mysteriously—urges Simons to “be brave”.

In this sparkling novel, Simons unlocks riddles from the past, flirts with a new future, and discovers that some rules are made to be broken. 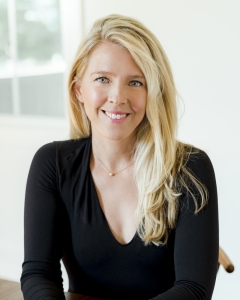 Gervais Hagerty grew up in Charleston, South Carolina. She earned her B.A. in psychology from Vanderbilt University. After a post-college stint in Southern California, she returned to the East Coast, where she worked as a news reporter and producer for both radio and television broadcasts.

In 2013, she earned her M.B.A. from The Citadel, The Military College of South Carolina, and soon after became a professor teaching Leadership Communications.

She is a board member of The Charleston Council for International Visitors and serves on Charleston’s Bicycle and Pedestrian Advisory Committee.

She lives in Charleston with her husband and daughters. In Polite Company is her first novel. 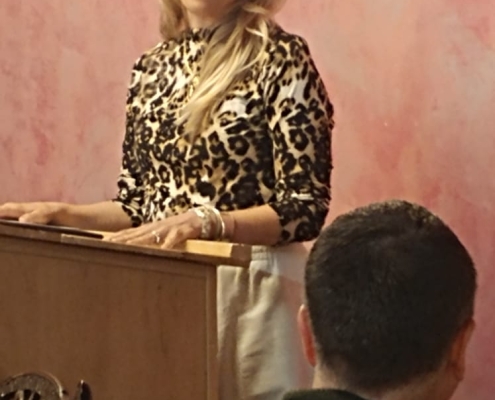 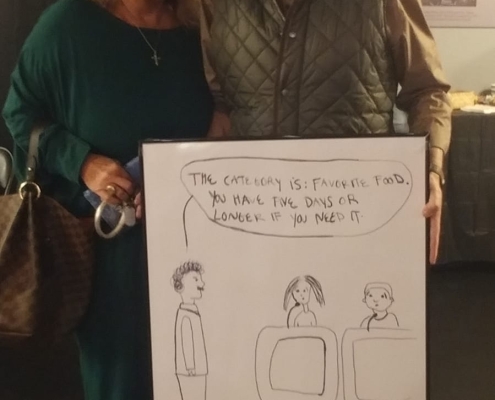 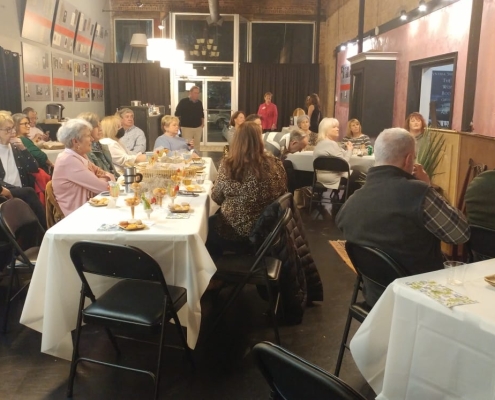 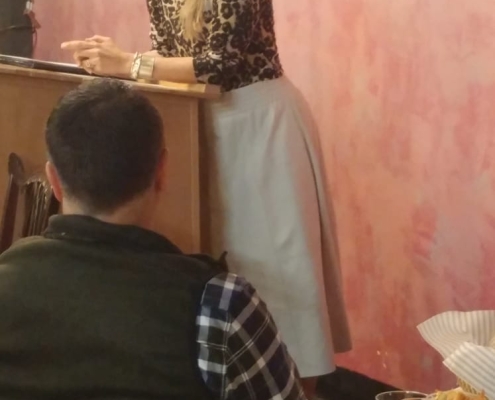 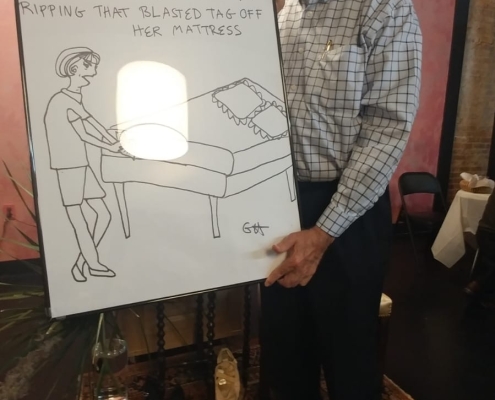 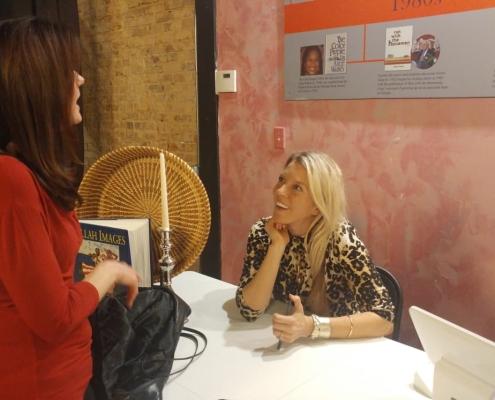 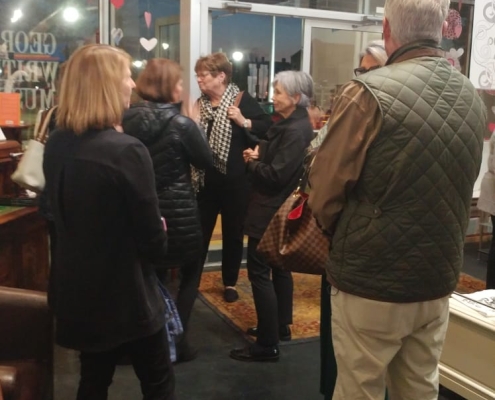 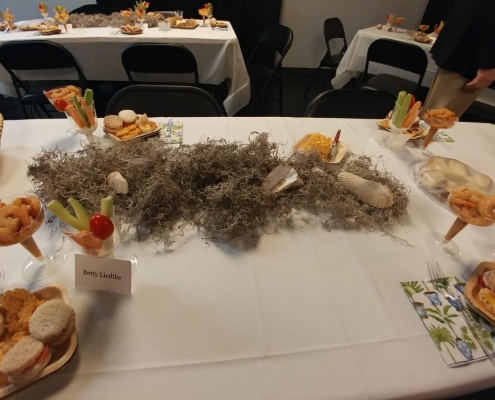 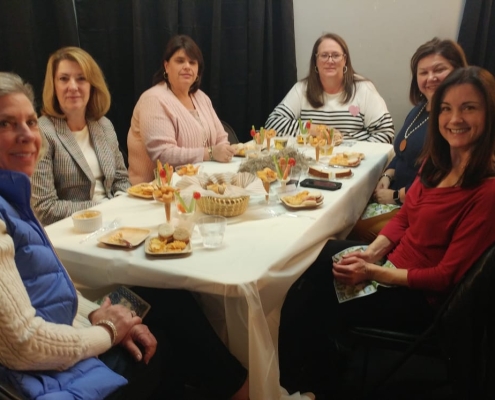 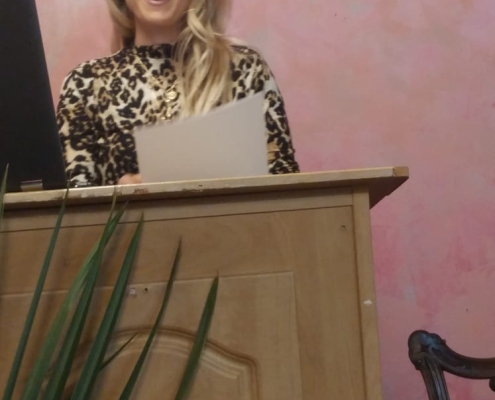 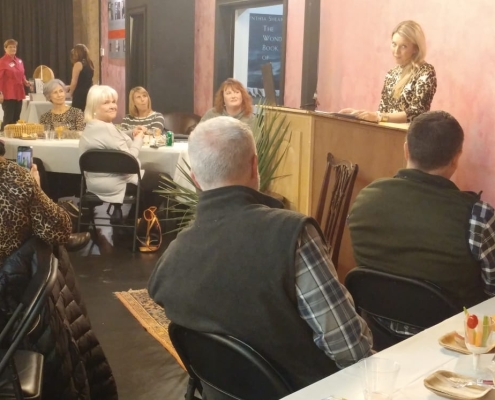 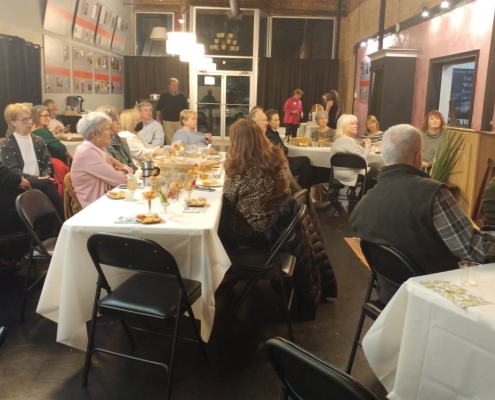 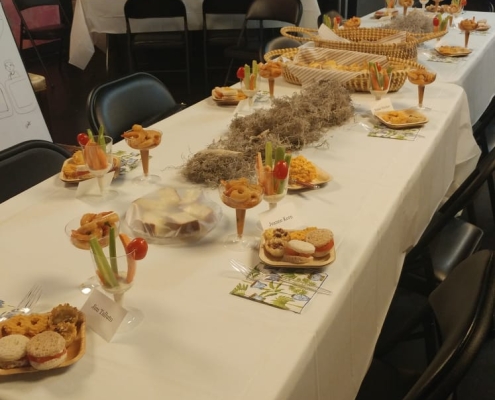 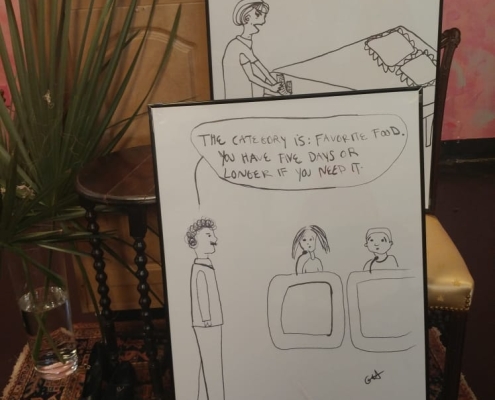