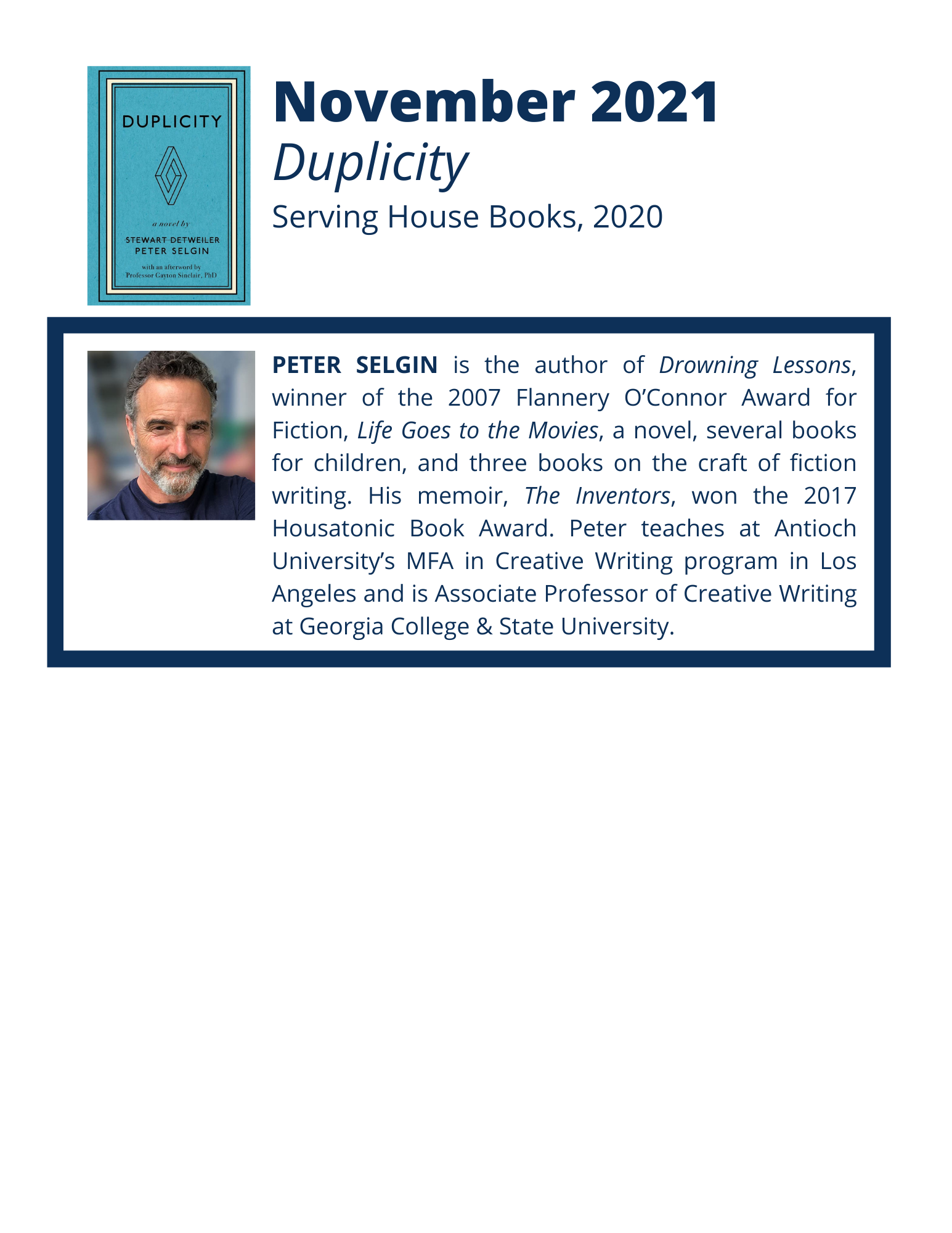 Other books by Peter Selgin available at GWM:

$28.95    Your First Page: First Pages and What They Tell Us about the Pages that Follow Them

Dispatched by their mother to learn why his estranged twin brother Gregory (or “Brock Jones, PhD,” as he is known to fans of his bestselling self-help book) has disappeared, Stewart Detweiler drives 1,500 miles to find his twin hanging from a ceiling beam in their deceased father’s lakeside A-frame. But instead of reporting him dead, Stewart decides to become him. As he sees it, he’s not assuming his brother’s life; he’s saving it, that his worthier twin may live on, while he in turn will at last gain an audience for his novel-in-perpetual-progress (the plot of which bears an uncanny resemblance to the one described here). At first Stewart’s plan goes smoothly, but before long the motives behind his brother’s suicide emerge, clues pointing to a web of intrigue, extortion, and desperate measures taken with disastrous results.

Despite its dark trappings, DUPLICITY is a fiendishly funny novel that sheds light on the bonds of family, on success and failure, philosophy and quantum mechanics, and on the ways in which we can — and cannot — rewrite our own lives. DUPLICITY weaves all these and other themes seamlessly together, all while vivisecting its own genre.

Your First Page is unlike any other craft book on writing. It is based on the premise that almost everything that can go right or wrong in a work of fiction or memoir goes wrong or right on the first page. The book grew out of an experiment for which writers submitted nearly one hundred anonymous first pages of works-in-progress for analysis. The experiment proved two things: that first pages function like canaries in coalmines, forecasting success or predicting trouble. They establish the crucial bond between writer and reader, setting us off on a path toward the heart or climax of a story, or they fail to do so. The experiment also demonstrated that from first pages we stand to learn most of what we need to know to succeed as authors.