OPERATION DESTINY is a historical fiction mystery novel set in the mid 1950s.

The main character is ambushed in an obscure public park on Lake Minnetonka in the peaceful community of Excelsior, Minnesota, which initiates an investigation that uncovers a world-wide conspiracy.

“Matt Kane lay face down in the muddy field, barely clinging to life…for some reason, he simply never considered the possibility that he might be the subject of a professional hit.”

As an investigative journalist, Matt Kane often pushed boundaries, a skill he learned as an Army Intelligence Officer in World War II.
He sought out the undetected and exposed what he saw for everyone to see. His curiosity and persistence nearly cost him his life.

Unbeknownst to him, the attempt on his life was only a small part of a conspiracy to reorder the world. But who was behind the treachery…and what role does he play in the operation?
Can it be stopped? 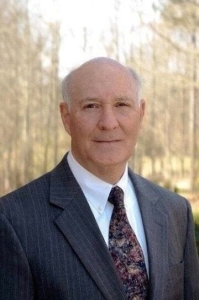 Dr. Lloyd spent twenty-four years as a group practice executive with medical groups in California, Alabama and Tennessee, and ten years as a health care consultant to hospitals and medical groups throughout the country. During his career, he also served in many appointed and elected positions with local, state, regional and national Medical Group Management Association chapters, serving as the National President in 1996. He was accorded Distinguished Member status in 2005. In addition, he achieved Fellow status in the American College of Medical Practice Executives in 1979.

5.0 out of 5 stars Fun Enjoyable Read
Great adventure murder mystery. I often found myself immersed in the story forgetting everything around me. I was impressed with the level of detail.
This is a fun mystery that you can escape into.
5.0 out of 5 stars A very engaging read
This book really qualifies as a page turner. Dr. Lloyd creates a believable world based on actual places and events, then adds a complex plot that keeps you guessing through most of the story. He uses misdirection deftly to keep the reader guessing before the plot focuses on the final scenes. The characters are human, vulnerable, and are people the reader will find to be entirely believable. The plot is not so fantastic that it could never have happened, and that makes it even more interesting. It is an enjoyable read that could easily be imagined as a movie.
5.0 out of 5 stars A Real Thriller
Donald Lloyd’s new book is a real thriller. I enjoy a book that is hard to put down and one that you really look forward to picking up again to continue the story. Operation Destiny is that kind of book. He is a very gifted writer.
5.0 out of 5 stars Great WWII Read
Dr. Lloyd’s newest book was a true page-turner and left me eager to see where the plot would take me. The book was obviously very well-researched and the story felt true to life. The product itself was high quality and arrived quickly. Overall a great read, especially for WWII buffs!
5.0 out of 5 stars Historical Thriller
Donald Lloyd took me through true events in our history wrapped in a page-turning thriller. When I believed I knew how it was going to turn out, he changes direction on me. This kept me engaged throughout the book. I hope Mr. Lloyd has another book in the works soon.
Scroll to top