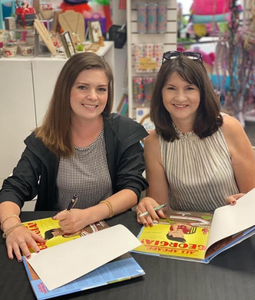 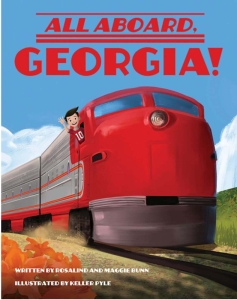 Rosalind and Maggie Bunn are the authors of several picture books, including the All Aboard! series, featuring their first in the series, All Aboard, Georgia! Originally from South Louisiana, Rosalind Bunn is a veteran elementary school teacher. While she has dreamed of owning a bookstore, as the author of ten children’s books, she is well on her way to filling the shelves with her own tales! Rosalind lives in Marietta, Georgia, with her husband and a pet tarantula. Maggie Bunn lives in Marietta, Georgia. She loves reading, fishing with her Dad, exploring, and sneaking lessons into her stories. This is her fifth collaboration with her Mom. 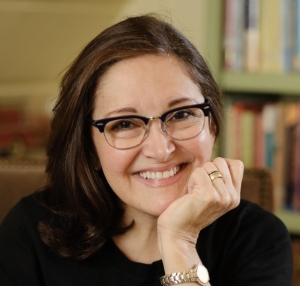 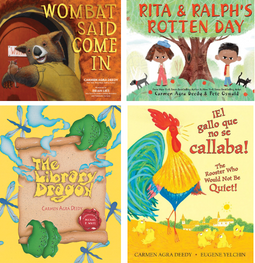 Carmen Agra Deedy is an award-winning author of fifteen books for young readers, including The Rooster Who Would Not Be Quiet!, Martina the Beautiful Cockroach, Rita and Ralph’s Rotten Day, and 14 Cows for America, a New York Times Bestseller. Her latest book, Wombat Said Come In, was released in October 2022.

Her personal stories first appeared on NPR’s All Things Considered. Funny, insightful, and frequently irreverent, Deedy’s narratives are culled from her childhood as a Cuban refugee in Decatur, Georgia. She is host of the four-time Emmy-winning children’s program, Love That Book!

Deedy is also an accomplished lecturer, having been a guest speaker for the Library of Congress, Columbia University, both the TED and TEDx Conferences, and the Kennedy Center, among other distinguished venues. An editor and life-long advocate for libraries, she has served on the Advisory Board of Smithsonian Libraries and Archives, and will do so again. 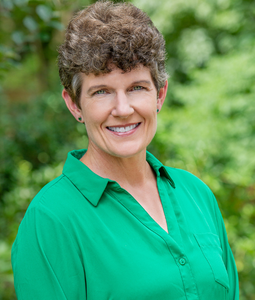 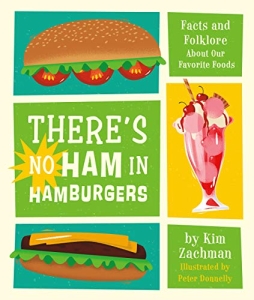 For fifteen years, Kim was a freelance writer and has had more than 130 articles, essays, and reviews published. In 2021, her goal to be a children’s author was achieved when There’s No Ham in Hamburgers: Facts and Folklore About Our Favorite Foods was published by Running Press Kids. Her second book, There’s No Cream in Cream Soda, releases in July 2023. A mother of two, Kim lives in Roswell, Georgia, with her husband and their almost-perfect dog. 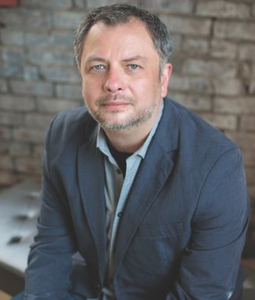 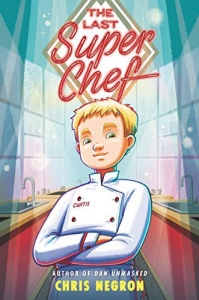 Chris Negron’s debut novel, Dan Unmasked (2020), received the honor of Finalist in the Young Adult category of the 57th Annual Georgia Author of the Year Awards by the Georgia Writers Association. The Last Super Chef (2021) is his second middle grade novel, also from HarperCollins. It was named a Kids Indie Next pick for July / August by the American Booksellers Association. Chris’ books are usually about his favorite things: comic books, baseball, and competitive cooking shows, to name a few of them. He currently lives in Atlanta, Georgia. 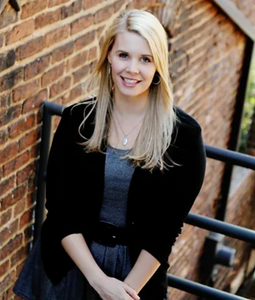 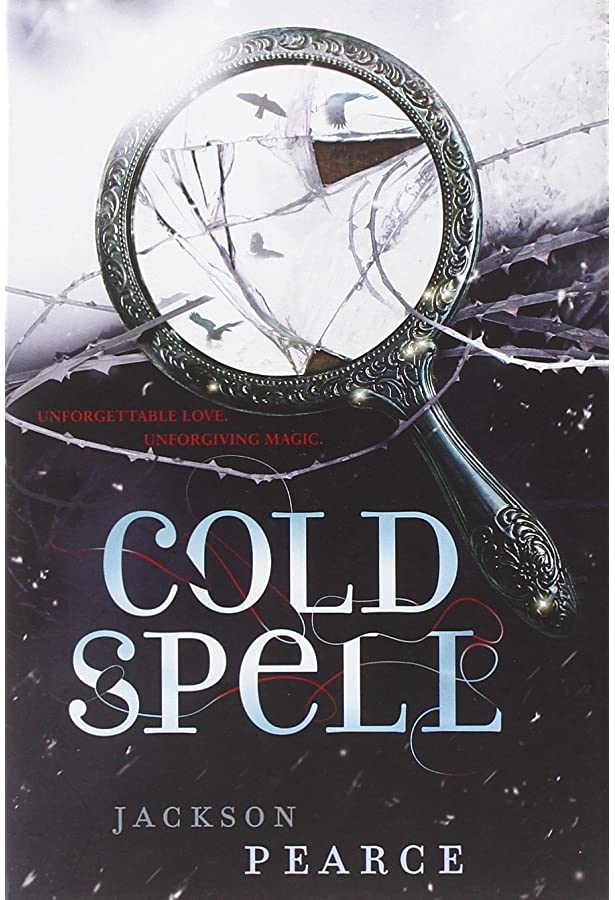 Jackson Pearce lives in Atlanta, Georgia, with a slightly cross-eyed cat and a lot of secondhand furniture. She auditioned for the circus once, but didn’t make it; other jobs she’s had include obituaries writer, biker bar waitress, and receptionist.

Jackson began writing when she got angry that the school librarian couldn’t tell her of a book that contained a smart girl, horses, baby animals, and magic. Her solution was to write the book herself when she was twelve. Her parents thought it was cute at first, but have grown steadily more concerned for her ever since.