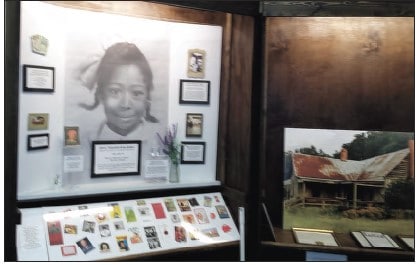 As Seen on Putnam Development Authority and The Eatonton Messenger

“Our board and volunteers have been working nonstop for several months to renovate and restage our museum exhibits,” said George Heiring, GWM President. “We plan to keep going to make them even more interactive and fun. We’ve included more short videos and ‘fun facts’ that will appeal to families and kids. We want to make Georgia Writers Museum a place you will come back to and bring your friends and neighbors.” 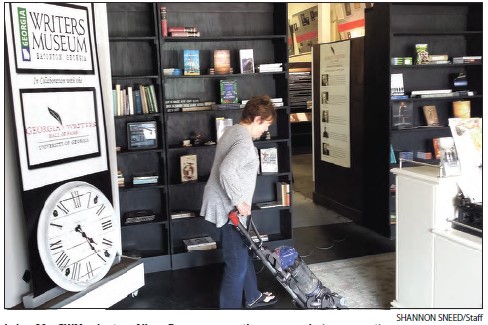 A new display at the Georgia Writers Museum in downtown Eatonton showcases award winning author Alice Walker, telling of the history of her birth and upbringing.

Merging with the digital age to provide an interactive experience, the new arrangement is designed to attract new readers and veteran museum-goers alike. As they begin touring, visitors are greeted by a digital orientation narrated by Frank L. Stanton, the first professional columnist for The Atlanta Constitution and first poet laureate for the state of Georgia.

“Every story starts somewhere,” the narrator says. He notes that, after its founding in 2013, the Georgia Writers Museum began conducting workshops and offering a venue for book signings. Later, the museum began collaborating with the University of Georgia to exhibit the Georgia Writers Hall of Fame “to recognize Georgia writers, past and present, whose work reflects the character of the state – its land and its people.” The digital version of Stanton then invites visitors to follow the timeline where the lives and literary achievements of the authors are featured. “When you finish, we’ll talk again,” he says.

Heiring noted that GWM is planning a grand reopening in late June for its first phase. “But we are already open for visitors on Thursday, Friday and Saturday every week if they will overlook a little sawdust,” he said.